Hu is afraid of the Dalai Lama

20.11. 2006 Politics
China's policies on Tibet should be challenged, not connived at 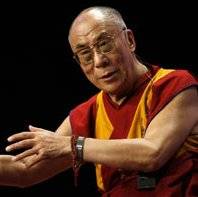 ONE of the many reasons Indians justifiably feel proud of their political system has been their country's historic generosity to the downtrodden. In particular, the shelter it has provided since 1959 to the Dalai Lama, the exiled spiritual leader of Tibet, and, by now, some 100,000 of his followers is an outstanding example of national hospitality. India is still a poor country that in the 1950s saw China, the Tibetans' oppressor, as a “brother”. Yet it provided a home big enough to accommodate the dream of Tibetan cultural survival. So it is sad to see India follow the West in helping China by making even the limited political space available to Tibetan exiles even smaller. This week, for example, as India prepares to receive Hu Jintao, China's president, from November 20th (see article), it slapped a travel ban on Tenzin Tsundue, a young Tibetan activist in Dharamsala, seat of Tibet's government-in-exile. Mr Tsundue has staged protests when other Chinese leaders have come calling. India is not alone in shielding Chinese leaders from protests. It is also far from unique in submitting to the Chinese water-torture of diplomatic negotiation by semantic stealth. So in 2003 it moved from “reiterating that Tibet is an autonomous region of China” to “recognising that the Tibet Autonomous Region (TAR) is part of...China”. The seemingly trivial word-tinkering matters. The TAR is neither Tibet, which historically was much larger, nor at all autonomous. That concession, like Mr Hu's visit, was part of a gradual thaw with China. “Brotherhood” was exposed as a sham by China's swift victory in a bitter war in 1962. Much has impeded the two countries' patching-up since: the lingering suspicions left by India's humiliating defeat; the unresolved territorial row that caused the war; China's “all-weather” friendship with Pakistan; and India's provision of a base for the Dalai Lama, whose Hollywood stardom, Nobel peace prize and access to world leaders have kept alive an issue China wishes long buried. It is also irksome that growing numbers of Chinese are interested in Tibetan Buddhism. Yet better relations are very much in China's interests as well as India's. As India emerges as a regional economic power, there are many in Washington who see it as an obvious counterweight to China. The “strategic partnership” India and America are building is not, both sides insist, intended to “contain” China. But China's fear of that outcome gives India negotiating power. It need not compromise on Tibet. Make the deal while the Dalai Lama still lives Much as it fulminates against the evil “splittist” shenanigans of the Dalai Lama, China knows it is winning the diplomatic battle. No government on earth recognises his exiled administration. And he is 71 and cannot live forever. The Dalai Lama's followers argue that this is why China should take advantage of his willingness to negotiate with them. No future leader will enjoy the devotion and obedience the Dalai Lama commands. He has always preached non-violence. And he is asking not for the independence many Tibetans feel is their birthright, but for “a middle way”, genuine autonomy, or, put another way, for China to live up to its professed policies. Bizarre evidence of the Dalai Lama's continued sway over many of the 6m Tibetans still in their homeland came earlier this year in the form of tiger-skin bonfires. Wearing the skins had become fashionable in Tibet, to the alarm of those seeking to save the species. The Dalai Lama's intervention, telling his people the fashion was “silly”, persuaded many to give it up. Disaffection with Chinese rule remains widespread. Up to 3,000 Tibetans still sneak across the border to Nepal and India every year. A video shot by a foreign mountaineer in September, showing a young nun being shot by Chinese border guards, was a bleak reminder of the risks they run. Last month, Tibetan students protested in the capital, Lhasa, after civil-service examinations had resulted in 98 out of 100 jobs going to ethnic Chinese. Tibetans fear that their cause and culture will soon be swamped by an influx of Chinese. If China wants accommodation with its Tibetan minority, the Dalai Lama's “middle way” is an historic opportunity. But despite five rounds of talks since 2002 with his representatives, there is little sign that China wants such an accommodation. It seems content to rely on the distant hope that economic development will dampen nationalist fervour, and the more certain methods of Chinese immigration and political repression. There may be little the outside world can do to influence this. But it could at least try.